Currently, scientists are studying the conversion of mechanical, thermal, and chemical energy into electrical energy through various methods such as piezoelectric effects, thermal energy conversion, electrostatic effects, and chemical reactions, thereby providing power for wearable or implantable devices. In I Sing the Body Electric, the poet Walt Whitman fondly described the "action and power" of "beautiful, peculiar, breathing, laughing muscles." 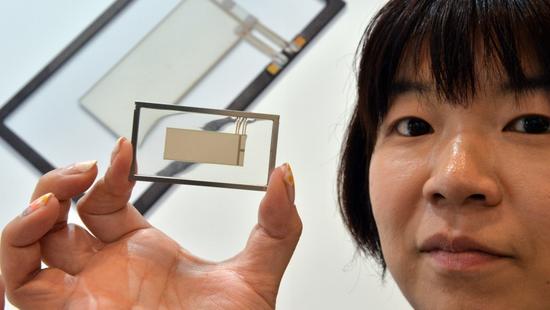 More than 150 years later, Canan Dagdeviren, a materials scientist and engineer at the Massachusetts Institute of Technology, and her colleagues are giving new meaning to the study of Whitman's poems. They are working on a device that can rely on people's heart beat to generate electricity.

The capabilities of today's electronic products are so powerful that the computing power of smart phones far exceeds the processing capacity of NASA's manned equipment when the first astronauts were sent to the moon in 1969. With the passage of time, the rapid development of technology makes people's expectations for wearable devices or implantable devices higher and higher.

The major drawback of most wearable devices and implantable devices is still battery life, and their limited battery capacity limits the long-term use of the device. When the power of the pacemaker is exhausted, all you need to do is replace the battery for surgery. The way to fundamentally solve this problem may be in the human body, because the body contains abundant chemical, thermal, and mechanical energy. This has led scientists to repeatedly study how devices can obtain energy from the human body.

For example, a person's movement while breathing can produce 0.83 watts of energy; the body's heat in a calm state is about 4.8 watts; and a person's arm can exercise up to 60 watts of energy. A pacemaker requires only 5 millionths of a watt of energy to work continuously for seven years. The hearing aid only needs one thousandth of a watt to run for five days, and one watt of energy can make the smartphone work normally. hour.

Now Dagvelen and colleagues are studying how to use the body itself as a source of energy for the device. Researchers have begun testing such wearables or implantable devices on animals and humans.

One of the energy harvesting strategies involves converting energy from vibration, pressure, and other mechanical stresses into electrical energy. This method can produce so-called piezo, commonly used for speakers and microphones.

A commonly used piezoelectric material is lead zirconate titanate, but its high lead content causes concern because it is too toxic to the human body. Dagveron said, "But if the lead is to be structurally decomposed, it needs to be heated to above 700 degrees Celsius." Dagveron said, "You can never reach this temperature in the human body."

In order to take advantage of the piezoelectric effect, Dagvelen and her colleagues developed flat devices that can be attached to organs and muscles such as the heart, lungs, and diaphragms. These devices are "mechanical invisible," because their mechanical properties are similar to their environment, so they do not interfere with the normal operation of these organizations.

So far, these devices have been tested on dairy cows, sheep, and pigs, because these animals have about the same size as the human heart. â€œWhen these devices are mechanically distorted, they generate positive and negative charges, voltages and currents, which can be collected to fully charge the battery,â€ explains Dagwilen, â€œyou can use them to run your heart. Biomedical devices such as pacemakers do not have to be replaced surgically after the battery is exhausted every six or seven years.â€

Scientists are also developing wearable piezoelectric energy harvesters that can be worn on the knees or elbows, or in shoes, pants or underwear. In this way, a person can generate electricity for electronic products while walking or bending.

When designing a piezoelectric element, it does not need the best material for power generation. This seems counter-intuitive. For example, the materials used by scientists may have conversion efficiency of only 2% or less, rather than materials that can convert 5% of mechanical energy into electrical energy. If it is transformed more, "it may be achieved by putting more load on the body, but the user certainly does not want to feel tired," Dagwilling said.

Another energy harvesting method uses thermoelectric conversion materials to convert body heat to electrical energy. "Your heart beats more than 40 million times a year," said Dagwyllen. All of this energy is converted into body heat and dissipated - and this is precisely a potential resource that can be captured.

In addition, scientists also try to power the device through common electrostatic effects. When two different materials repeatedly collide or rub against each other, the surface of one material can take electrons from the surface of another material and accumulate charges, which is called friction electrification. One of the key advantages of frictional electrification is that almost all materials, including natural and synthetic materials, can generate static electricity, which provides researchers with many possibilities for designing a wide variety of gadgets.

"The more I research on frictional electrification, the more exciting it is and the more applications it can have," said Zhong Lin Wang, a nanotechnologist at Georgia Institute of Technology who co-authored the paper. I can see myself working on this research for the next 20 years.â€

There is a big difference in the amount of electricity generated by different materials through frictional charge, so scientists are trying various materials. The researchers produced cubic grids similar to microscopic city blocks, similar to bamboo nanowires, and pyramid arrays similar to the Great Pyramid of Giza. Wang said that these materials not only "looks beautiful," but also cover the surface with a pyramid array that can increase power generation by five times compared to flat panels.

Researchers have conducted experiments on rats, rabbits, and pigs. They tested pacemakers, heart monitors, and other implantable devices that provide power by breathing and heartbeats. â€œWe are also studying whether frictional electrification can be used to stimulate cell growth and accelerate wound healing,â€ Wang said. â€œIn addition, we have started a friction electrification experiment on nerve stimulation to see if we can do it for neuroscience. Any contribution."

Wang and his colleagues also designed friction-wearable wearable devices. For example, they made friction electric cloths that can be used to charge flexible wrist straps equipped with lithium-ion batteries. This gadget can provide power to wearable heart rate monitors using Bluetooth technology to wirelessly transmit their data to smartphones. "Every day the mechanical energy produced by human motion can be converted into electricity through our cloth," said Wang.

Another strategy relies on a device called a biofuel cell that generates electricity through a chemical reaction between an enzyme and energy storage molecules in the body, such as glucose in the blood, or lactate that is secreted in sweat. For example, fiber-derived sugar dehydrogenase extracted from fungi can degrade glucose and produce current in nanometer (billionths of a meter) carbon tubes.

The choice of enzymes can be tricky. For example, although many scientists have found in research that glucose oxidase can produce electricity in biofuel cells implanted in experimental mice, this enzyme also produces hydrogen peroxide, a common bleaching ingredient, which may be It will deteriorate the performance of the device and cause harm to the body.

In another study, scanning electron micrographs show that carbon nanotubes used in experimental biofuel cells can generate electricity from the body. These tubes are coated with enzymes capable of handling natural energy molecules, such as reacting with lactate in sweat or glucose in blood. This tool is electrically active while providing a large surface area for the reaction of enzymes and energy, allowing more power to be produced in a given volume.

French scientists have also created a biofuel cell based on enzyme-coated carbon nanotubes. The volume is only about half a teaspoon. When implanted in mice, it can generate enough power by reacting with blood sugar to power LEDs or digital thermometers. . Experiments have also shown that fabric biofuel cells woven into headbands and wristbands can generate enough electricity through the chemical reaction of lactic acid and enzymes in milk sweat to provide power to the watch.

According to Dagevelen, these devices are not currently available. But she predicted that this technology will be marketized in less than a decade. In the future, energy harvesting equipment may become more suitable for the human body. Dagwyllen and her colleagues are even working on degradable power generating gadgets.

"Imagine," she said, "put a device into your body, and after working for a period of time it will degrade and dissolve into body fluids. You don't have to open your chest to remove it: we can use biodegradable Materials, such as silk and zinc oxide that can break down over time."

From a simple cooking tool, gradually evolved into both use and artistic value of household items.The classification and function of Kitchen Knives are more and more detailed, from the era of a Kitchen Knife fighting the world, developed into today's special combination of knives.We can provide customers all over the world with the best quality and colorful Plastic Handle Steak Knives,also we can customize different Steak Knives  according to the living habits of different countries.